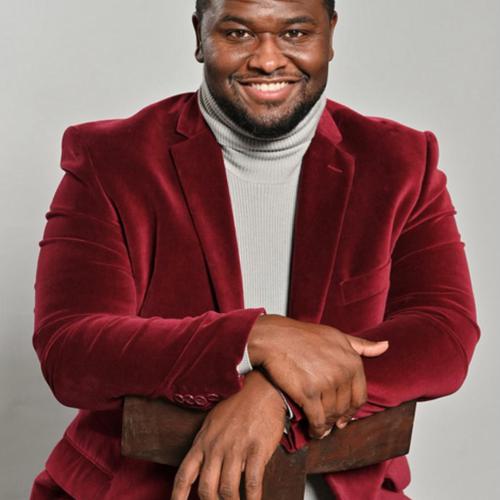 Use of Social Media, Online Learning, Software and Mobile Apps

Eric Majette, JrFounder /Creator, The African American Cultural Heritage Collection (AACHC)Eric Majette is a historian, educator and founder of the AACHC Traveling Museum located in Atlanta, GA. After a twenty plus year career in entertainment and education, Majette made the decision to follow his passion and began cultivating a collection of African American artifacts that articulate the African American experience dating back over 400 years. The cum laude Morehouse alum has a twenty-three year history managing and promoting talent, and working with some of black Hollywood’s biggest and brightest stars including; Mary J. Blige, Nicki Minaj, Rick Ross, Tyler Perry, Michael Douglas, Patti LaBelle, Alicia Keys, Amber Tamblyn, Monica, Kelly Price, the Clark Sisters, Jesse Metcalfe, Donnie McClurkin, Angela Spivey, Orlando Bloom, Kelly Rowland, Cee-Lo Green, Aretha Franklin, Cissy Houston, Whitney Houston, Yolanda Adams, and many more. Majette believes serving as National Talent Director for Mega Management; a NY based full service business development and lifestyle management firm and running his own celebrity booking and management agency, Majestic Entertainment, for years offered invaluable experience and prepared him for leadership in the next phase of his career. Before working in talent management and development, Majette had the privilege of working for Tyler Perry Studios in various capacities serving the million-dollar production company. He worked on several television and film projects under TPS as well as BET, BRAVO and several additional networks. His eye was valued by casting legendary casting director and producer Ruben Cannon which created numerous opportunities for Majette in several blockbuster films. Although Majette enjoyed the bright lights of Hollywood, he left Atlanta and moved to New York to pursue a Master’s in Early Childhood Education and taught elementary school for several years in Brooklyn, NY as well as Middle and High School for a semester in Shenzhen, China. It wasn’t until years later that Majette realized his journey enabled him to relate to the African American experience on every level and gave him the ability to relate to his community on a comprehensive scale. In September of 2016, Majette was selected as a fellow with Nation Trust for the Historic Preservations Past Forward Diversity Scholarship, the following month he was selected as an Inaugural fellow with the ARCUS Fellowship sponsored by American Express. From the kindergarten student to the academic hoping to change his family’s future, to the celebrities that are often the biggest influencers of the community, Majette knows every perspective and sees how the entire community must move as a unit in order to effect change. Today, Majette is focused on his role as founder/creator of the AACHC Traveling Museum and creating awareness for his community, beginning with the city of Atlanta. He is the author of book, This Business Called Living: A Refill When The Well Runs Dry. He is also contemplating pursuing a doctoral degree from Emory University. Majette believes his divine purpose is to empower his community with their history and how the revelation of that unknown history is relevant to the state of the black community today. He acknowledges being driven to educate and inform the African American community with truth and light beginning with what is certain to become a cultural treasure in the African American Cultural Heritage Collection.