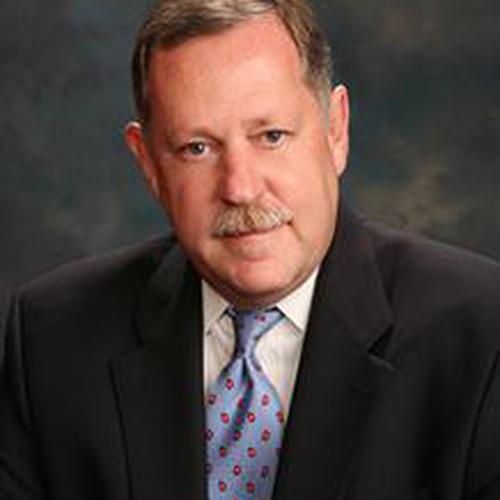 Workshop Round 5: Advancing the Bioeconomy in California’s San Joaquin Valley

Wes Jurey is the Founder and CEO of the ATIP Foundation, a 501(c)(3) non-profit, affiliated with the US Department of Agriculture, focused on establishing sustainable, replicable models for economic development, utilizing federal research outcomes, market assessments, and patented technology discoveries.

Wes began his career in nonprofit management in 1968, serving the Methodist Church, the YMCA, the Oklahoma Department of Institutions, 18 years professionally with the Boy Scouts of America, and 30 years in Economic Development. From 1990-2001 he served as President & CEO of the Greater El Paso Chamber of Commerce; where he launched a major workforce initiative to resolve the challenge resulting from the loss of 22,000 jobs in the garment industry, supporting the emergence of technology related jobs and industries in the West Texas region. From 2001-2015 he served as President & CEO of the Arlington Texas Chamber of Commerce. During his tenure, he expanded the Chamber’s influence nationally and internationally through technology based economic and workforce development initiatives.

Wes founded the Center for Innovation as an affiliate of the Arlington Chamber of Commerce, which served as a Federal Partnership Intermediary to the US Departments of Agriculture, Defense & Energy. The Center also partnered with the Federal Lab Consortium to annually host the World’s Best Technology (WBT) Conference, which featured 100 patented technologies developed by Federal Labs.

He established Centers for Continuing Education and Workforce Development in 1995 in El Paso, and 2004 in Arlington; Both were selected as one of 12 sites nationally for the Workforce Innovation Networks Initiative, a project of the Ford Foundation and U.S. Department of Labor. Both facilities fostered partnerships with virtually every major education and workforce development stakeholder in their respective regions. His public service includes appointment to the Texas State Bar Board of Directors by the Texas Supreme Court in 1995. He was appointed to the 9-member U.S. Department of Labor panel in 2002, charged with development of the departments five-year strategic research plan; Labor Secretary Elaine Chao appointed him to the Department of Labor’s Advisory Committee on Apprenticeships in 2008, and he was reappointed by Labor Secretary Hilda L. Solis in May 2010.

In 2009, he was selected as a Ford Foundation Fellow, and was appointed by the Business Roundtable as one of 25 commissioners for the Springboard Project, an independent commission that developed education & workforce policy recommendations for the Obama Administration. In 2010 he was appointed to the Council on Competitiveness’ Workforce Advisory Group.

He served as the Founding Chairman of the Board of the Institute for a Competitive Workforce, a 501 (c)(3) affiliate of the U.S. Chamber of Commerce; also, serving on the U.S. Chamber’s Education, Employment and Training Committee; the Advisory Boards of the Schools of Business and Engineering at the University of Texas at Arlington; and Chair of the Texas Alliance for Higher Education.

He was one of 20 individuals named to a White House Task Force in 2013 by the White House Office of Science & Technology Policy, to develop recommendations for federal technology transfer, and was named as a founding member of the America Invents Acts Pro Bono Advisory Council.

Born in Enid Oklahoma, he earned a Bachelor’s degree in Education from Phillips University in Enid, Oklahoma; is a graduate and former faculty member of the Boy Scouts of America’s National Executive Institute; and a Certified Fundraising Practitioner.

If you'd like to get your brand in front of attendees following the categories this speaker is talking about (on this page, via email and during each talk) contact us.
We use cookies This website (and some of its third-party tools) use cookies. These are important as they allow us to deliver an exceptional experience whilst browsing the site. Learn more about our cookie policy. By closing this banner, scrolling, clicking a link or continuing to browse, you agree to the use of cookies. Accept
I need help
No I need help
No I need help